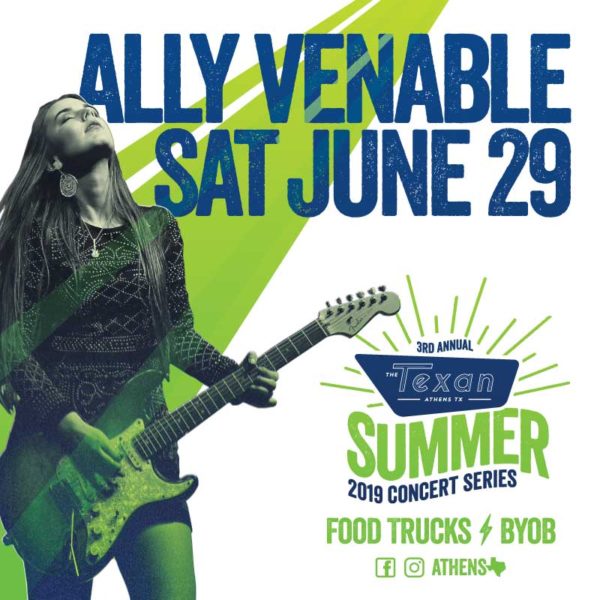 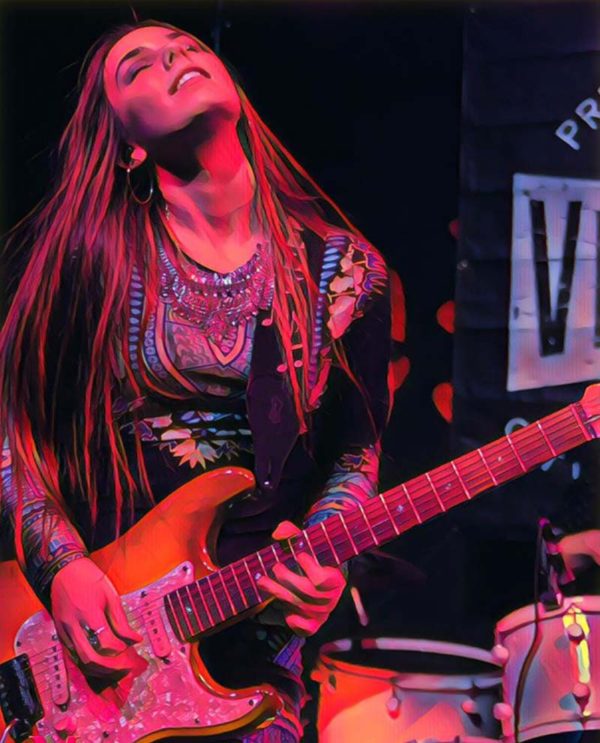 The Texan is excited to have Ally Venable Band with Full Circle Rising opening the show. The show starts at 7pm with Ally Venable Band going on stage at 8pm. This intense ROCK Show is the first of our Summer Concert Series at The Texan.

A powerhouse from the Lone Star State, the Ally Venable Band has ignited excitement in the Modern Blues Scene. Lead vocalists and guitarist, Ally Venable, started singing at an early age in church and then in recent years picked up the guitar and found her passion establishing herself as a Texas Blues Guitar Slinger. Ally’s songwriting and onstage performance, proves that she packs a punch.

She has received many awards including the 2014 and 2015 “Female Guitarist of the Year “, three time winner of “Blues Band of the Year”, “Album of the Year”- ETX Music Awards 2017. Guitar Player Magazine stated that,” ​ “Venable pulls off a stunner of gritty and/or sultry blues-rock tunes embellished with lots of tasty guitar solos.”

Each of Ally’s band mates are versatile on multiple instruments. As Bassist, Bobby Wallace is a master at his craft and his years of experience enhance the band. Classically trained musician and drummer, Elijah Owings, brings a steady, but dynamic sound to the band. He is the backbone of their rockin’ blues sound.

Ally’s recent release ‘Puppet Show’ deputed at #7 on the Billboard Blues Charts, and continues to represent the future of the blues. Ally has shared the stage with Gary Hoey, Rick Derringer, Eric Gales, Lance Lopez, Christone “Kingfish” Ingram, and Many others