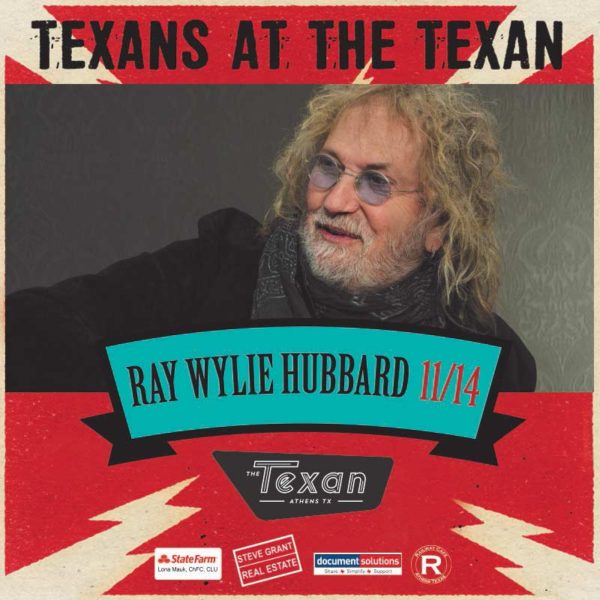 Food Trucks will be available to purchase food.

A leading figure of the progressive country movement of the 1970’s singer-songwriter Ray Wylie Hubbard remains best known for authoring the lasting anthem “Up Against the Wall, Redneck Mother.” Born in Oklahoma and raised in Texas, Hubbard learned to play guitar at a young age.

In April 2015 Hubbard released The Ruffian’s Misfortune, which like his previous two albums was released through his own Bordello Records imprint. Also that year, Hubbard published his long-awaited autobiography, “A Life…Well, Lived”. In August 2017, he returned with the studio album ‘Tell the Devil I’m Getting There as Fast as I Can’, which featured guest appearances by Lucinda Williams, Eric Church, Patty Griffin, and Bright Light Social Hour.